Florence and its Mystical Giotto Frescoes

Florence and its Mystical Giotto Frescoes 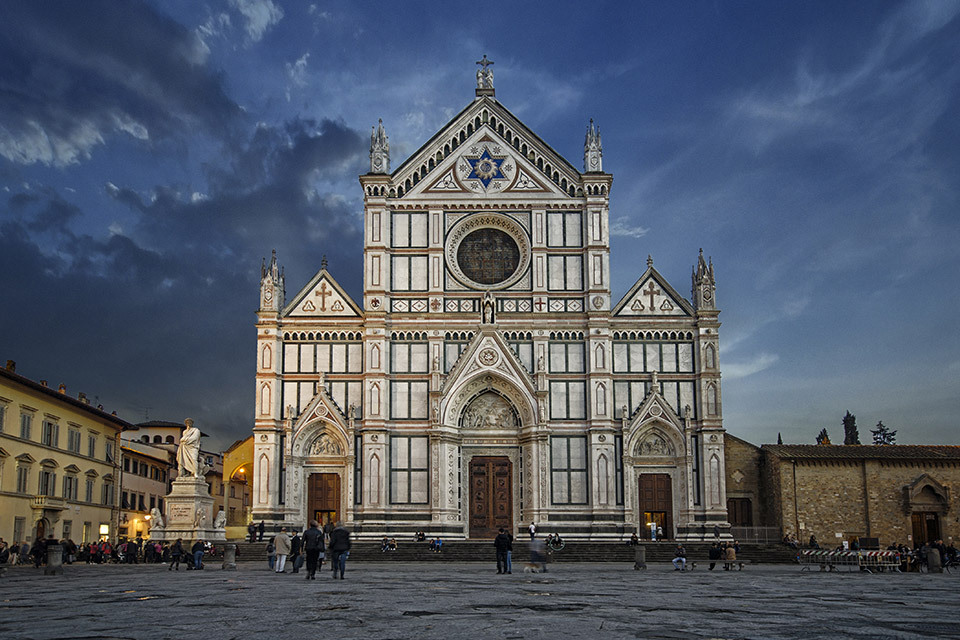 Florence’s churches and museums contain an amazing amount of artwork that is encoded with deep secrets through symbology of the human soul journey and transformation.

Our visit to Florence will take us to the Neo-Gothic Franciscan church, Basilica di Santa Croce, the largest Franciscan church in the world. The Santa Croce Basilica has survived more than seven centuries of history and has a profound artistic and cultural heritage that has contributed to its status as one of the best-loved and most frequently visited sacred sites in Florence.

This magnificent church contains sixteen chapels, many of which are decorated with frescoes by the master artist Giotto and his pupils. Giotto’s highly influential works illustrate the great expressiveness and profound humanity that was captured by this revolutionary artist and painted into his sacred stories.

The church is also notable for its tombs and cenotaphs; it houses the tombs of Michelangelo, Galileo, Machiavelli, and many other significant historical figures. Santa Croce contains the remains of more Renaissance masters than any other single church in Italy.

Our time at the Basilica di Santa Croce is sure to be transformational for those who are there to encounter the energies of the many influential and inspirational individuals who left their mark on history.

Join us in Florence this fall to experience the works of Giotto and his pupils, and pay homage to those whose final resting places are housed within, as we explore this mystical place that is truly unlike any other.