The Mysteries of Egypt

The Mysteries of Egypt 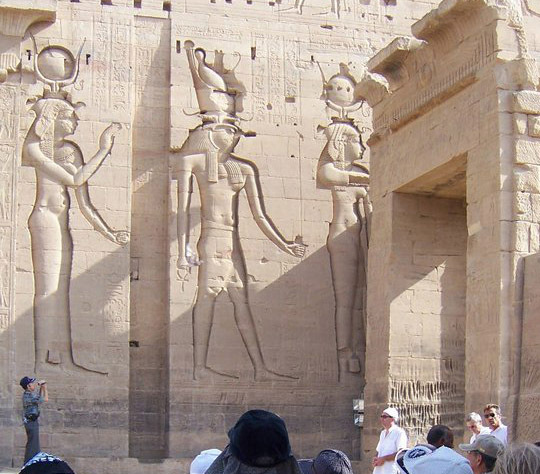 I have recently returned from Celtic Mystic Journey’s fabulous Mysteries of Egypt Tour. If you have ever desired to walk among the pyramids, see real mummies and explore the mysteries of Ancient Egypt, you cannot find a better tour than this. Finbarr Ross makes the best arrangements to ensure a Divine (in both senses of the word) experience by finding different and unusual places as well as the well-trodden paths. He even arranged for a private tour of the Great Pyramid for our group without the hordes of other tourists so we would have time for private meditation and a chance to rest in the Pharaoh’s sarcophagus—awesome. Our Egyptian expert, Maha, was a lovely, knowledgeable woman with a metaphysical inclination. She is studying for her Ph.D. in Egyptology.

I have always wanted to go to Egypt to feel the energies. I have had several visions of past lives in Ancient Egypt; one as a priestess and another as a god-like person who badly abused power. I even had a vision of my parents and some family members’ lives in Ancient Egypt. No wonder it has always called to me.

I will not give you a guided tour of the many temples and pyramids we visited. Suffice it to say there were places where I felt powerful energies still present and others where the architectural ruins were the only impressive sight about. I will focus mainly on what I generally felt was of importance.

I saw in Ancient Egyptian life a true balance of the male and female energy in their gods and royalty. Their everyday lives seem to carry this theme too. Now I am not ignoring the fact the rulers were all male; however, the ruling dynasties followed the female line (the son of the pharaoh’s sister became the next pharaoh). That is why the pharaohs married their sisters.

In every temple, on all the walls, in almost all the great monuments the most noticeable feature was the presence of both the male and female figures of equal size and importance. Whenever Osiris was portrayed, Isis was rendered at his side. Hathor, the cow goddess of many names including Mother of mothers and Ra’s daughter, was generally depicted in conjunction with Ra, the creator god and sun god. Even in the scene of Anubis mummifying Osiris, his daughter, Kabechet, was helping him in the mummification process. In the paintings of the gods or the pharaohs on the walls of the Valley of the Kings or in the temples, servants of both sexes were generally represented.

Of course, this was not the case in gender-specific roles. In the Isis temple, the birthing chamber shows Isis giving birth to Horus (her son by Osiris) surrounded by seven goddesses/women. The servants planting and harvesting corn all appear to be men as do all the soldiers. There was definitely a male fertility wall with Osiris (?) with a mighty member, blackened with hand oil and dirt where it obviously has been rubbed over the years for its fertility powers.

Something shifted in me while I was in Egypt. I have been searching for a balance in my own inner sacred feminine and divine masculine. It has been challenging to define this balance without a model. Ancient Egypt showed me that model. The Sacred Feminine and Divine Masculine appear, from my perspective, to have been equally honored in their life and culture. Men and women both had their roles and they were treated in the sacred art as equal in power and status. I now feel that balance of the Sacred Feminine and Masculine in me. Maybe I just needed to see it, feel it and absorb it in my body to make it real to me.

To me the advantage of travel is the discovery of myself through the exploration of new places, people, cultures, food, experiences and energies. I came home changed in new and exciting ways. I appreciated the time and energy I spent on going to Egypt and the internal traveling I did. The experience will last the remainder of my life.

Ariann Thomas does spiritual counseling, elderhood programs and initiations and Ancestral Lineage Clearing. She is one of the founders of The New Dream Foundation, a spiritual community dedicated to the Sacred Feminine.