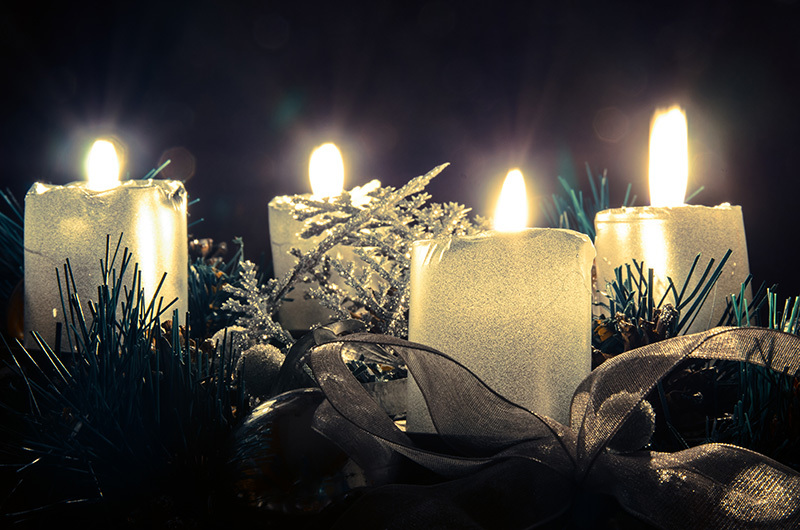 This year the Capricorn full moon period occurs on Christmas Day, which is the third and final day of the Winter Solstice. The entire period from 22-25 December is when the “Sun stands still” (sol-stice) but especially when it culminates at the full moon.

Winter Solstice is when Archangel Gabriel takes over as guardian of our planet for 3 months. It is when we take a step forward in consciousness, a time when the mother goes deepest into the womb of the earth, and there for three days, rests and co-mingles with the universal Christ consciousness and on Christmas day, as the Sun moves again a new consciousness is birthed.

This year at Winter Solstice humanity is being given an incredible opportunity to move forward in consciousness through the accelerated Ascension process. In 2016, our Awakened Consciousness journey bring us Awakening to Clarity in our own lives and in the world within which we live.

At Winter Solstice 2012 we were given the gift of Awakened Consciousness taking us into the fifth dimension.

2014 Awakening to the Souls Journey

2015 Awakening to Our Own Divinity

These steps in awakened consciousness/ascension/climbing of Jacobs Ladder has our planet pulsating as it filters into the hearts and minds of an awakened humanity. As we resonate within our hearts our new state of consciousness and it ignites our inner knowing, we are awakened further by meditation with the Three Fold Golden Flame for the betterment of ourselves, humanity and peace on earth.

This will be the first opportunity people will have to share in the Three Fold Golden Flame meditation which will help accelerate the shift in consciousness.

The shift begins with an Inner Knowing that we are all One and there is No separation. As we embrace our Shadow Side, which we must do to find peace and abundance in our lives as we quest the ascension process, we realize that we are all interconnected and interrelated. We are one with the beggar on the street, we are one with our anger, with all those suppressed aspects of ourselves that we do not want to look at, but now as we enter our Awakening to Clarity, we are given the opportunity to go within and embrace all these aspects of ourselves so that we can move forward in conscious awareness of our Oneness.

In 2015, we were working on Awakening to Our Own Divinity, awakening to the Divine Love that resides within each of us as we walk the Pathway of the Heart, and in walking the Pathway of the Heart we open ourselves to the Feminine Principle (the Divine Feminine) which resides within each of us, both female and male. It is through the acknowledging of the Feminine Principle that we change and help to bring peace to our world. We bring peace by our non judgement and by being as a silent observer allowing our energy to emanate out into the world. I am not getting into politics here but will use it as an example of how we are controlled by fear by people with hidden agendas.

In looking at our world today our political masters are attempting to control us through fear and as we each know there is no such thing as fear within, fear is an energy that is created and comes from outside of ourselves. As I look back over the last 40 years, I can’t help but wonder at the state of our world as we appear not to have learned from our mistakes. It appears when we want to divert people’s attention away from the real change, we create challenges which create fear.

I look at Northern Ireland in the nineteen seventies and eighties, I look at the tactics used then by politicians and I look at what is happening today and very little has changed, except for location and the millions of refugees that have been created by our political masters’ actions that has thrown the world into chaos. It was proven in Northern Ireland that if you killed a member of the IRA at least another five came to replace that one and so it is with ISIL. Our governments created this mess through their political actions of arming certain groups to go fight in some country whose leader they did not agree with as they employed a superior attitude of ‘we do not talk with people we do not agree with’. Peace eventually came to Northern Ireland through calling a cease fire, mediation towards a lasting peace accord and acknowledging the rights of all people. It took twenty five years to get to a place where all parties sat down at a table. I pray it will not take twenty five years to get people to open dialogue between all the parties involved in the Middle East to bring about a just peace to the region.

How do we help bring about a just peace?

By each acknowledging the Feminine Principle within as we walk the Pathway of the Heart, we embrace the Golden Flame that burns within each of us, and as this energy emanates out through the high heart in each of us we can bring about change in the world.  It is through the Divine Feminine we find peace/balance/Oneness and in finding peace/balance/Oneness we build the new dawn as we let go of fear and fully embrace our self as we stand in our own power, the power of the Feminine Principle.

I look forward to you joining me in these meditations.

We are truly blessed as we listen to our heart and respond accordingly to our inner guidance as we journey along the Pathway of the heart and I Am That I AM.