Travel the Sacred Sites of Peru: The Sacred Valley of the Incas

Travel the Sacred Sites of Peru: The Sacred Valley of the Incas 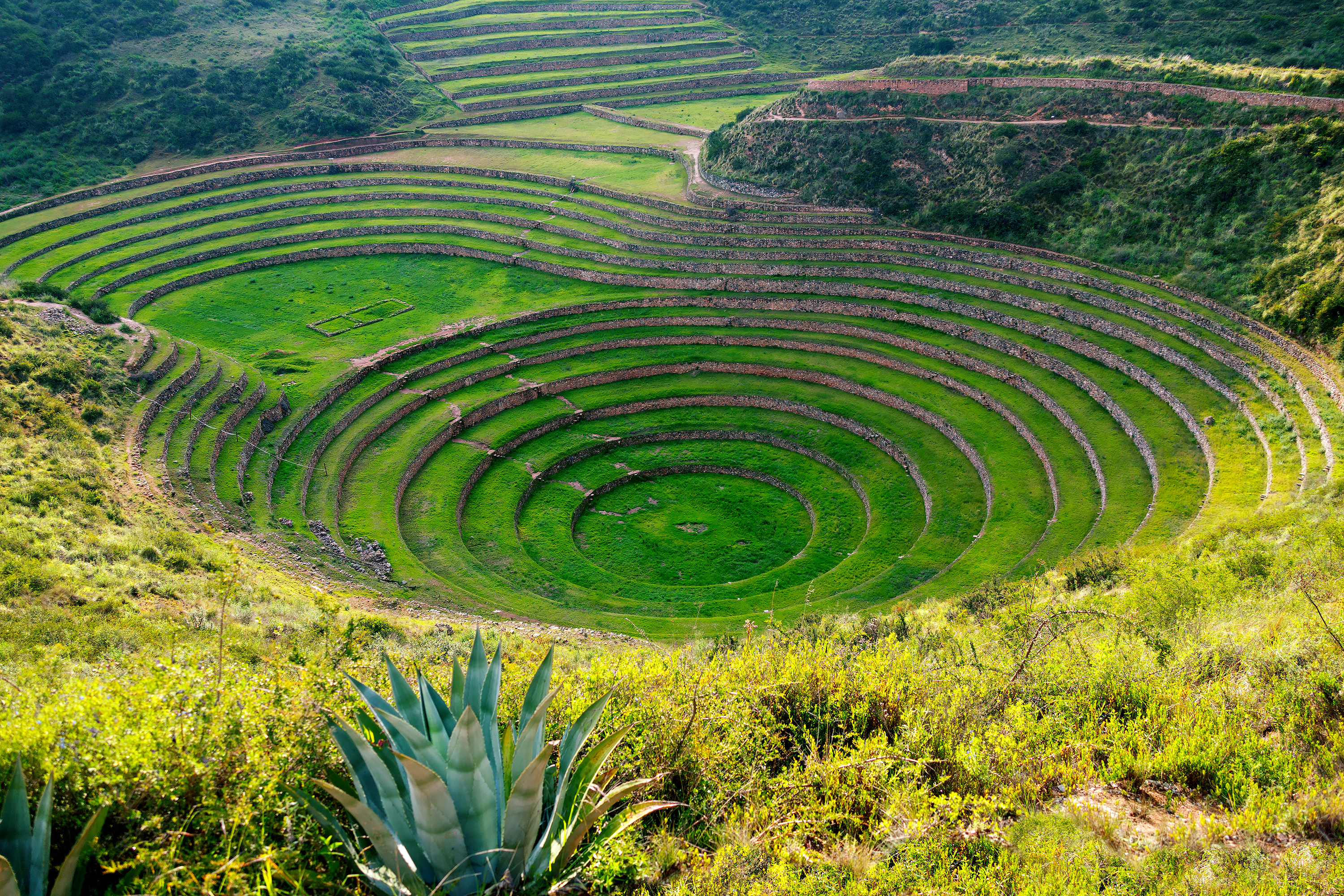 Set between stunning mountain peaks, the Sacred Valley of the Incas houses some of most unique and impressive agricultural features in Peru. The Inca held the 63-mile long valley sacred because of its alignment with the celestial Milky Way during certain times of the year. The Inca believed that the Milky Way held the shadow of Apu Illapu, the Rain Giver. Ruins from the Wari people, who inhabited the valley long before the Inca, are a testiment to the long and rich history of the area.

Chincero is home to some of the most fertile soil in the Sacred Valley. Local farmers sell their potatoes, quinoa, fava beans, and other produce unique to the region at their local market. Besides wonderfully fresh fruits and vegetables, the market is full of colorful handmade artisan pieces. In fact, Chincero has been aptly named the birthplace of the rainbow and the weaving center of Peru. At the textile co-op, local women demonstrate the entire process of washing, dying, spinning, and weaving baby alpaca wool into sweaters, rugs, wall hangings, and more. The organic vegetable and mineral dyeing techniques used in Chincero are a Quechua tradition passed down for many generations.

Chincero is smaller than the nearby Pisac (also famed for its market), which makes it the perfect place to escape the tourist crowds and become more closely acquainted with the local ways. Here, photography and people-watching opportunities abound. The market is a great place to observe traditionally dressed campesinos barter, and even try a hand at haggling down the price of a stunning textile piece.

Along with the vibrant market, Chincero offers access to ancient Wari shrines and temples, as well as Inca monuments and rock sculptures portraying the sacred puma.

Further east in the Sacred Valley is Moray, a truly distinctive and beautiful Inca site. Upon first glance, it might look like a Roman ampitheater, because of its bowl-shaped terraces. Stone steps allow visitors to move between concentric circles, from the outer, upper edges to the bottom, center circle 500 ft. below. As we make this journey, we are called to center ourselves and connect with Pachamama/Mother Earth, who provides for us and gives us life.

Moray is a monument to the deep bond between the Inca and the sacred earth. It also highlights their ingenuity and technological advancement. Today, over 2,000 types of potatoes grow in Peru. The ancient agricultural research “laboratory” at Moray may be where the Inca first domesticated wild plants, hybredized species for better qualities, or grew rare or special plants such as coca. It’s where they experimented with crops, using microclimates created by differences in altitude, sunlight, and irrigation. The temperature difference between the highest and lowest terraces is significant — up to 59ºF difference, with the lower levels being cooler like a basement. There is also evidence that the Inca imported soil to Moray, to replicate the conditions of farmlands throughout their vast empire.

Crops were not the only thing the Inca harvested. They also gathered salt from the Maras Salt Flats. The salt flats are a spectacular natural feature. Their white salt crystals sparkle admist the green mountains surrounding the Sacred Valley. The salt comes from an underwater salt stream from the belly of Pachamama/Mother Earth. The salt water is channeled from a natural spring where it exits the earth, into 3,000 terraced pools, averaging 16 sq. ft. each. When the pools are filled, the salt water absorbs the Photonic energy of the sun. The water evaporates after a few days, leaving a 4-inch layer of crystalline salt behind for extraction. This salt contains magnesium, calcium, iron, and other healing minerals. Salt trade helped the Inca to flourish. Today, you might find the sun-infused, healing Maras salts at the markets in Chincero and Pisac.

Peru is calling us to its powerful healing centers. As we continue the pathway of Ascension Conciousness, we are drawn to one another and to the sacred lands that bond us. We weave our own tapestry of higher consciousness, with our fellow travelers and with those who share their traditions with us as we quest toward wisdom.

Come with us on this voyage of self discovery as we explore ancient temples, visit local shamans, and open ourselves to Peruvian culture. Discover the deep mysteries of Peru’s sacred sites and rituals …