News From the Autumn Equinox at Tara

News From the Autumn Equinox at Tara 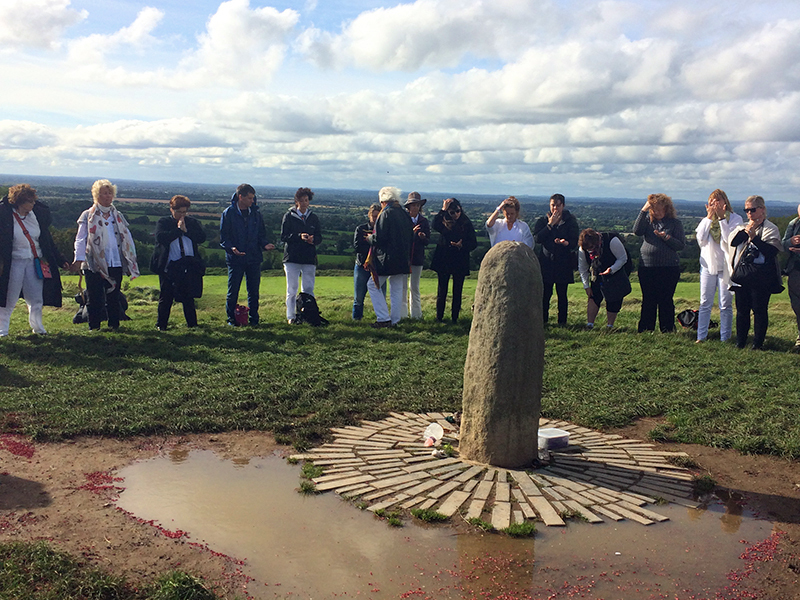 I am sharing with you some news from the Autumn Equinox ceremony at Tara which was attended by approximately 60 people.

We first went to the Holy Well at Tara at 2:00 p.m., where we had a water ceremony; then at 3:00 p.m. we proceeded to the main seat of the High King and the Druids at Tara. We entered through the ceremonial entrance, stopping at the newly discovered temple measuring 170 meters and made of over 300 wooden posts.

Next, we stopped at the house of the Synods where a group of Israelites came in search of the the Ark of the Covenant in the early twentieth century, which they were convinced was buried here.  I believe it is one of the Emerald Tablets that is buried here.<

We then moved on to the Mound of the Hostages and then on to Lia Fail or “Stone of Destiny” for our ceremony and the Three Fold Golden Flame meditation, as we opened the 6th of thirteen Inter Dimensional Gateways.  The thirteenth will be opened at Winter Solstice 2023. The 7th Inter Dimensional Gateway will be opened at Chartres Cathedral at Chartres, France at Spring Equinox 2018.

See you at Chartres at Spring Equinox as we quest Awakening to Beauty and the 7th Inter Dimensional Gateway.