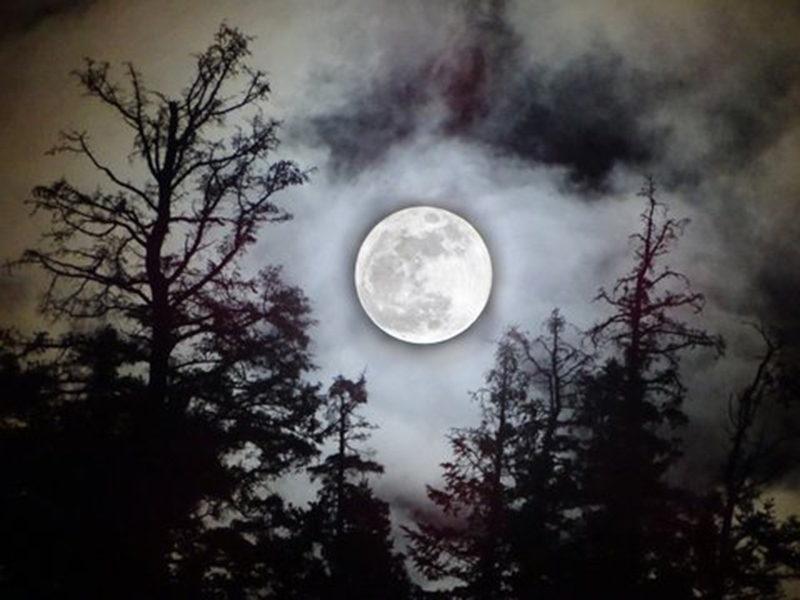 We are now in a time of radical and great change, not only within each of us, but within each country throughout the world. These end times are asking us to connect with divine embodiment with the Forces of Light against the forces of materialism, aggression and selfishness. This we do through prayer, meditation and the Golden Flame that burns within each of us.

There are some spectacular potencies in this full moon period which happens to be a total lunar eclipse – the longest “blood moon” eclipse of the 21st century. A lunar eclipse can only happen at the full moon when the sun and moon are exactly opposite one another and the Earth is directly between them, its dark umbral shadow falling on the moon’s face. Solar and lunar eclipses occur regularly every year, with four to seven eclipses, some lunar, some solar, some total, some partial.

Eclipses can also have an impact 2-3 days before and after the event. Due to the potent forces that are concentrated in an eclipse, and because the moon is connected to the unconscious and the feelings, emotions can be amplified, with the potential to create conflict or accidents. Lunar eclipses are traditionally an opportunity to recognize and release old emotional patterns that no longer serve. Hence the need at any full or new moon cycle to take advantage through meditative alignment, individually or in group, to direct the energies rightly – so that one rules these forces and is not ruled by them.

“Blood Moon is not a scientific term, though in recent times it is being widely used to refer to a total lunar eclipse because a fully eclipsed Moon often takes on a reddish color… So, why does the Moon turn red? A total lunar eclipse happens when the Moon travels through the Earth’s umbra and blocks all direct sunlight from illuminating the Moon’s surface. However, some sunlight still reaches the lunar surface indirectly, via the Earth’s atmosphere, bathing the Moon in a reddish, yellow, or orange glow.”

I will not be leading the full moon meditation on the 27th, as I will be preparing to depart Brazil and John of God, so I have asked Jaclyn Chisholm to lead the meditation. I ask each of you to join her as she awakens the Golden Flame within each of you. I will be joining you in spirit and holding the energy of the golden flame and love wisdom as I quest my journey.

Travel in the light of the Golden Flame,

CALL FROM ANYWHERE IN THE WORLD

Skype Users:
*NOTICE THE CORRECTED NUMBER BELOW:
Add ‘freeconferencecallhd.8053991200’ to your contacts. At the scheduled date and time of the conference call, select the contact and click “call.” Then, locate the key pad and enter the access code.