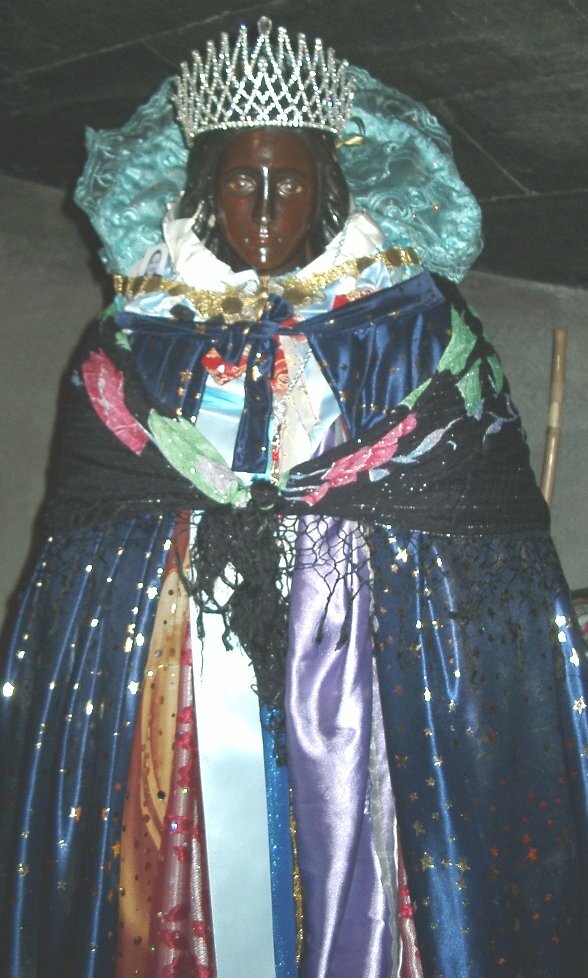 A Slave Girl Who Became A Saint

Every year gypsies and others gather from around the world in the small village of Saintes Marie de la Mer, on the Mediterranean Sea in the South of France for the largest gypsy gathering in the world. It is time for the Festival of St. Sarah.

What calls them all to this spectacular event? What is special about this time and place?

It is in honor of St. Sarah, patron saint of the gypsies. Sarah was a servant girl from Egypt who first arrived on the southern shores of France in the year 42 AD. She accompanied Mary Magdalene, Mary Jacobe and Mary Salome, Lazarus and St. Martha, all followers and disciples of Christ. Whether they were cast out or choose to leave, they were set adrift in a boat with no oars from Alexandria, Egypt.

Not much is documented or known about St. Sarah and there are several variations to the story of who she was. Yet despite little written record she has not been forgotten. The people of France love her and the gypsy people adopted her as their patron saint. A deep and profound respect for Sarah’s legacy is shown in the customs and traditions that have grown around her.

She is portrayed as the Black Madonna and is known to perform miracles of those who but ask. The gypsies, whose origins were in India, call her Sara la Kali, connecting her with the Hindu Goddess. She was dark-skinned and beautiful, which is reflected in the statue of her in the chapel at Sts. Marie de le Mer.

Although some versions of the story say that she was an Egyptian Princess, I think she in fact was a servant. In that is our lesson as well. It wasn’t the title that made Sarah special, it was finding that specialness within herself, through her connection with the Divine Feminine and letting the divine work through her.

It is through her gifts and love that the people respond. They adorn her with the finest of clothes. They love her and care for her. They ask her for help with their troubles and they are rewarded by her love in return.

Every year the gypsies gather, coming from all around the world. They come to Sts. Marie de la Mer to honor St. Sarah. The streets are filled and the town of 2,500 people swells to thousands. The gypsies have the special honor to care for her. They dress her up, then carry her out of the church, in a procession down to the sea, from where she came. They bless her with the waters and then carry her back.

It is a sight to withhold and an event to experience. In the parade there are gypsies riding white horses, costumes and colors everywhere, and the best place to be is following behind St. Sarah, in her wake is an energy force likened to the most powerful of sacred sites. It is an experience you won’t want to miss!