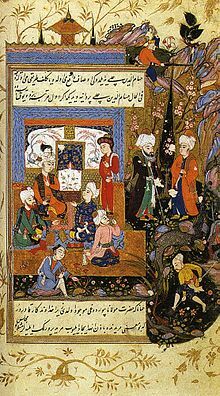 I have known of Rumi for over thirty years and although I have enjoyed reading a poem or two of his here and there, I never really felt a connection until I heard one of his poems sung by a Persian singer.  His voice was filled with such yearning, hunger and devotion that it sounded as if his body could not hold the intensity of desire he felt for his Beloved, the Divine.  To me, the artist embodied Rumi as he crooned “I see Your face in every flower”.  I was thankful someone had been able to translate that tiny part of the poem for me.  I was in awe of the how intimate Rumi’s love of God was.  His poems, filled with such passion speak to that.  Going to his tomb was something I had been looking forward to for months.  How I waited to be in his presence even if he had been dead these 800 years.  How I yearned to be there.  And then, I was!

Standing in front of his tomb I went quiet to feel the energy. I felt a veil of peace and serenity surround me.  I just soaked up the feeling for a moment and then, like the others there, I bowed my head in respect.   I wondered how he got to be who he was.  How did he develop such devotion and the kind of personal love that he felt for the Divine?  How did he do that?  I knew it wasn’t easy because I struggle every day to be a kinder person, to have an open heart.  I want be more accepting and not so critical when someone ruffles my feathers.  Some days I do better than others but sometimes I just spin my wheels and have these righteous tapes running through my mind.  I wasn’t sure how Rumi  did it, but I know, that sometimes, there is a blessing of sorts that happens just by being in the presence of a holy man and so I put a silent request out there that if he had any ideas or suggestions that would help me, I would be very grateful.

As I looked at his tomb, I marvelled at the rich colours and fabrics that draped his sarcophagus.  Sacred texts from the Koran were embroidered in gold on brocade.  On other tombs nearby were cloths of rich blues and deep gold.  Everything in that museum was inspiring.  I thought how fitting it was because I think Rumi found beauty in all things.  I wanted to do that.  He studied.  He created beauty through his writing.  I wanted to do that.  He found his own way and I wanted more than anything to find a way to express my gift to humanity, to do my part.  I just didn’t know what it was.  I reached out through time and space to be in his presence and just stood there open and receptive, waiting for some kind of connection.  Nothing.  I waited some more.  There was still nothing but I knew responses came in the right time and in the right way and so I wasn’t bothered.  After a while, someone brushed against me and I knew it was time to leave and let others get close.

I wandered over to the huge chandelier.  Finbarr had indicated that was a good place to just stand under.  I did and here, I felt my fingers tingle.  I wasn’t sure what that indicated was happening but I stayed with it.  Later, I was jostled and moved away. I continued on to another area to look at the rooms and living quarters of some of the men who had studied Rumi’s philosophy.  An order had been established and aspirants applied to be trained.  It is said they studied for 1,001 days and then either were allowed to join the order or not. I wondered at the number of days.

It made me think of the 1,001 Arabian Nights story in which, if memory serves me, a king of Persia, after finding his wife unfaithful and executing her, marries virgins only to execute them the morning after the wedding night.  Eventually the vizier’s daughter begs to be allowed to marry the king in order to save other women from being executed.   She devises a plan in which she starts to tell a story every morning but never finishes it till the evening.  She then finishes it and starts another story but doesn’t finish it till the morning and so it goes. There is more to it, but in this way she keeps the king’s interest and he keeps delaying her execution.

There are a number of different endings, but in most she is pardoned and keeps her head. During those 1,001 nights did the king get to know the queen and learn to love her and was that why he pardoned her?  Maybe.

I wondered about the queen. She must have had a very strong desire to save others from harm.  Otherwise, why would she offer herself up?  She also had to have great confidence that she could succeed.  Otherwise she would just be another dead queen who might have postponed someone else’s death by a few days.  As I thought of that, it occurred to me that the path to the Divine must entail just as ardent a passion to ensure we wouldn’t give up after a few attempts.  Do we need to passionately keep our intellect’s interest so we wouldn’t lose our head?  An urge, desire, something…… has to be there, to goad us on, so that we don’t quit.  If we don’t find a way to feed our passion the quest ends and that’s that.  And yet, in all the mythologies, the seekers always find their way.   There is something there, I thought.

As I continued walking around, I passed what appeared to be living and teaching quarters and a kitchen.   The cooking area was a good size and I could imagine the spices and fresh local foods that were used in the dishes as they simmered.  It was all intertwined I thought as I noticed part of the kitchen was also the dervishes’ instruction area.  The souls of the participants as well as their bodies were fed as they progressed on their path of love.  They were taught to read and write, to sing, to play an instrument if they had the aptitude, to even work with illuminations if they had the gift to do so.

Their life appeared centered around harmony and beauty.  They were surrounded by it and they created it, at least that’s what I thought as I continued to saunter around and looked at rugs, calligraphy, gold-engraved Korans from the 13th century, illuminations, and many other stunning objects.  How could a flower or a soul not flourish in such surroundings, in such fertile soil?

It seemed to me that if I wanted to progress on my path I needed to start being more aware of the beauty around me and I needed to create an environment where I could flourish, and so I vowed to myself that I would try.