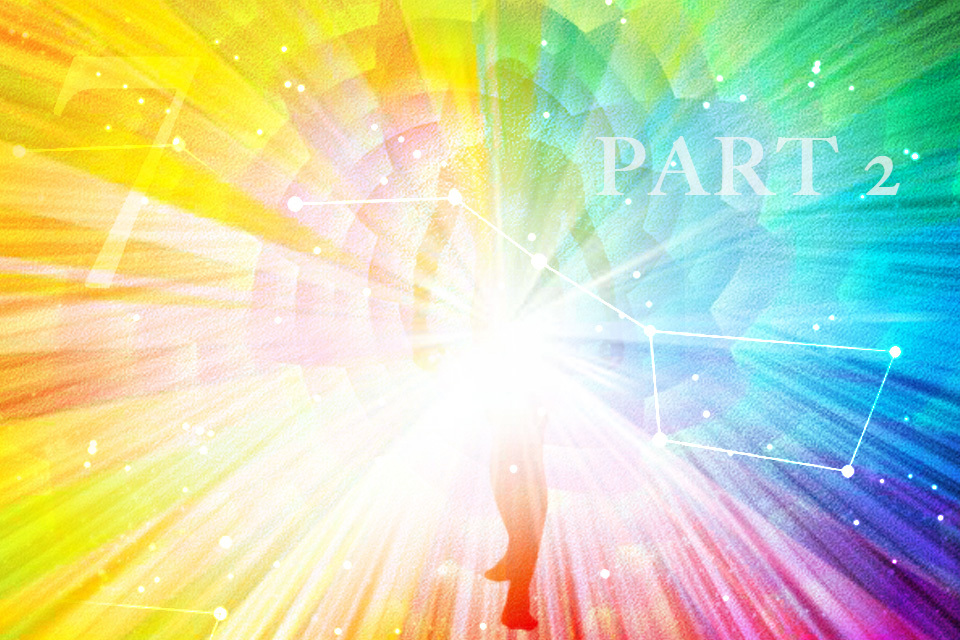 Join with us for Part 2 of our Series as we explore the spiritual Science behind the Masters involved in the remaining 4 Rays of the 7 Rays.

If you have missed Part 1 of our Series, and are interested to align at a deeper level with the second half of our series next Wednesday the 8th, please go onto our blog to listen. Enjoy!

We will continue to see and feel how they empower us and help us raise our consciousness as we move out of the collective consciousness into Self Empowerment. We each play an important role in lifting the energetic vibration within ourselves, and of the world at large to restore the vibration of love wisdom! When we step into a state of love, acceptance, and gratitude, we allow our selves to receive the abundance of the Universe with all its guidance and blessings.

The Universe:
How the Universe is Organized……….The Seven Great Cosmic Planes
The Universe and the solar systems within the Universe exist in an orderly, numerical system with definitely graded frequencies called Planes and
Sub-planes.

A Plane is a level of consciousness and life, measured in vibrations or frequencies. Each plane has seven divisions called sub-planes.
All of Life has evolved through the Seven Great Cosmic Planes and sub-planes in a process called involution or evolution.

“Behind the appearance of the Universe – There is a Reality, – A Being and consciousness, – One and eternal, a Self of all things.

All things are united in that One Self, – Yet divided by a certain separateness of consciousness – And a forgetting of the One True Self.”
The Rays are the building force’s, and the sum total of all that is in the manifest world which is infinite.

We continue the journey as the masters emit Vibrations and Streams of Color. They are about Higher Consciousness, they are pathways that show us the way to raise our vibration as we join/co-create in Unity with the Self.

Followed by a Golden Flame of Illumination meditation

Let Us Be Awake and Aware as we lift ourselves up through empowerment to transform our universe!

Awake and Aware – The Masters and the 7 Rays Part 2 + Golden Flame of Illumination Meditation, July 8th

Listen to an audio recording of this telecall with Finbarr Ross from July 8th, 2020: