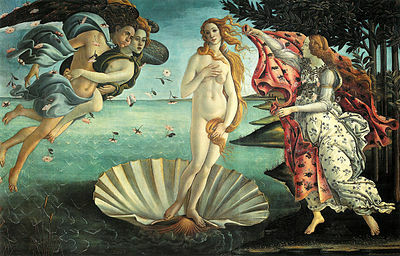 I have to start somewhere so here I am, somewhere in the middle,
the part that is crying out to be heard.

When we arrived at Aphrodisias, I felt compelled to do a small ritual to Aphrodite.  I had done one for Apollo with Finbarr and Lori but that was different in that my need to honor Apollo was spontaneous, arose right at his temple and carried out within minutes.

My desire to do one for Aphrodite was welling up in my heart but I had no idea where to do it and I started going into my head, trying to figure out who would do what and when and where.  I knew that Lori was the one to take on the cloak of Aphrodite because she has a very soft, receptive nature, a kind of poise that Aphrodite exudes.  She also has Libra rising which ties into Venus, into Binah and into the Feminine Principle.

We had the who but not the where. I couldn’t seem to ground it and was fussing when Finbarr suggested we just let it flow.  He is so good with energy and after a bit found a spot that he resonated with.  Lori stood in the centre and we surrounded her.  I started with greeting Aphrodite and honouring her and begged forgiveness for the malignment she had received over the centuries from all of us.  I felt the pain of all the little Aphrodites, the young ones who had been judged harshly by other women either because of jealousy, insecurity or righteousness.  Men have certainly done their share, but women can hurt each other in ways that a man would never consider. I needed to acknowledge that.

I asked that She teach us how to live in our bodies in a loving, appreciative way, in a way that we could feel, through our skin and our senses the true beauty of this world.  Then Finbarr asked Her forgiveness on behalf of all men for the hurt they had done to the Feminine Principle.  I can’t remember all the words he spoke.  I just remember the depth of feeling and genuine sadness that came through his voice.  I felt such a privilege to witness it.  Then Lori closed the ritual by giving us all a blessing.  At that moment Aphrodite overshadowed her and the blessing was powerful.  We ended with a group hug.  She mentioned after that she felt the energy swirling around us in the ethers as we spoke to the Goddess.

It was only after that we realized our guide, a fortyish, slim Turkish man, was not a part of the ritual.  We looked around and spotted him a bit off to the side, standing under a tree.  We joined him and he pulled off a few twigs loaded with red berries and offered them to us.  Lori, Linda and I joined him in tasting a few wonderful morsels and we started to saunter to another part of the site.  Within a few minutes he stopped and quietly said “I am dying.  I am having a heart attack.  The berries were poisonous.  I am dying.”  He didn’t panic, he didn’t yell.  He simply said, “I am dying.”  His face went white and you could almost see his heart pounding out of his chest.  He was sure he was having a heart attack and to an onlooker, it might have appeared to be so.  But we knew better.  Immediately, Finbarr and we women quietly surrounded him.  One placed her hands on his heart, another on his back, another on his shoulder.  We started sending him healing energy, strength to go through his rite of passage.  He whispered again,” I am dying”.  Mauve, very quietly, in a soothing voice, said, “No, no dear.  You are just having an Aphrodite moment.”  He looked around at us with such trust that I wanted to weep at the vulnerability and innocence of him.  Mauve and Finbarr kept telling him to try and slow down his breathing which he tried to do.  Eventually the pounding in his chest subsided and the colour returned to his cheeks.  The Goddess had done her magic and withdrawn her charge of electricity from his heart.  She had zapped into the deepest part of his heart and soul and burnt the dross and heaviness that had gathered over the years.   He didn’t consciously know this, yet, as he came out the other side of his initiation he repeated a number of times, “I am a new man.  I died.  I am reborn.  I am not the same man.  I see things differently. I am freer.”

At that point, Finbarr gently guided him away from the group and they wandered off for quite a while. It was time for the women to step back and for Finbarr, our spiritual guide and mentor on this trip, to explain something of what he had experienced.  Whatever was said was between the two of them and should remain so.  What I do know, is that for the rest of that day, he kept repeating.  “I am not the same man.  I see things differently.”

But it wasn’t over yet. A few hours later, we stopped for coffee at a small outside café and the owner, a complete stranger, came up to Turkish guide and presented him with a plastic cup which had a dead scorpion in the bottom of it.  He said, “This is for you.”   He had never met him before and had no idea why he offered it to him, but the guide knew.  He is a Scorpio you see.  He knew this was confirmation that he had indeed died and come back to life.

He integrated that experience over the next four days, had one more minor “attack” in Aya Sofia, three days later as Aphrodite did a little fine tuning.  Finbarr worked with him as those of us present stood around him like sentinels protecting his space from other tourists.  Again, when it was over, he repeated, as he had done over the last few days, “I am a new man.”

On our last night I was sitting beside him at dinner and we talked a bit about it.  I asked him if he was afraid when he thought he was dying because I was in awe at how calm he was through the process.  He said no, he wasn’t frightened.  Death didn’t scare him.  He didn’t want to die because he felt there was so much more he wanted to experience.  But nevertheless, if it was his time, it was his time and he accepted it.  And I think that is what I saw, his total acceptance of what was happening.

He also explained that he was amazed at how sure we all were that he wasn’t going to die, how we all came together in seconds to help, as one unit.  He was surprised that some of us had never met before and yet, moved as one to guide him through his birthing.  We talked about the wonder of the Intelligence of the Universe, how months before the Feminine Principle had started weaving the threads that would bring all seven of us together from various parts of the world, to meet at Aphrodite’s temple, to walk her grounds, at the exact moment needed.

To some, it might seem it was chance.  But our wonderful, kind-hearted initiate was not scheduled to be on that tour.  He only came on board three days before the trip!  At the last moment, he replaced the original guide who had had family problems arise out of the blue.  Was it also coincidence that we visited that temple on a Friday, the day that is sacred to Venus and through her, Aphrodite?  When Finbarr planned the tour did he do that knowingly or had Aphrodite whispered in his dreams beforehand?  Who knows?  I am only grateful that I was able to witness that and be a part of that.  Thank you Finbarr for all that you do and for consciously and continuously creating sacred space so that something like that can happen.   Thank you!