Or Kashi or Banaras, this city is considered the holiest in all of India and its spiritual capital. It is believed that whosoever is graced to die on this land will attain liberation from the cycle of birth and re-birth. It's also believed to be the abode of Lord Shiva and Parvati. Varanasi's legends go back 10,000 years to the oldest epics of Hindu literature. The sacredness of this city cannot be overstated. We will humbly experience all that this ancient and powerful site has to offer.

Join us in following in the footsteps of the worldwide Hindu Pilgrims as we worship at THE GOLDEN TEMPLE: or Kashi Vishwanath which was dedicated to the Hindu God Shiva. It's known for the finest silks, essential oils and perfumes. We will have ceremonies in sacred stupas including the Dhamek Stupa. We will worship at The Mother India Temple, dedicated to Bharat Mata (Mother India). This unique temple has a huge map of undivided India actually carved into the marble. We will partake in the traditional rising sun worship at Surya Namaskar; paying homage to The Sun God

Hindu Pilgrims come to the sacred waters of the River Ganges which rises in the western Himalayas and flows for 2,000 miles. Sarnath, known as one of the most important Buddhist pilgrimages in the world, is believed to be the spot where Buddha gave his first sermon. Experience the uplifting spiritual fire ritual, Ganga Aarti where the offerings are made to Mother of Goddess Ganga. 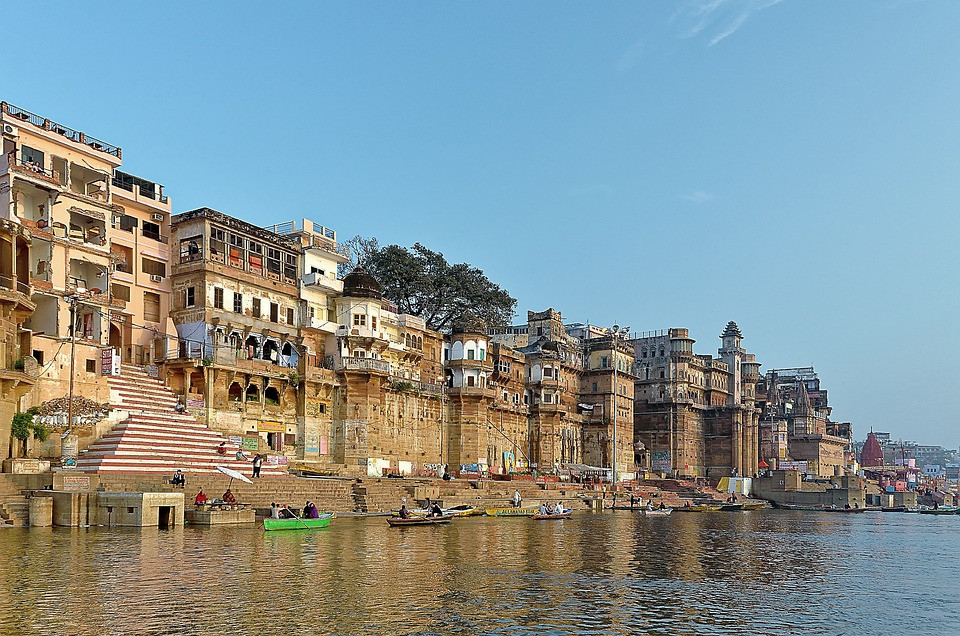