THE TEMPLE OF SETI I AT ABYDOS-EGYPT

THE TEMPLE OF SETI I AT ABYDOS-EGYPT

One of the most important archaeological sites of ancient Egypt, The Temple of Seti I at Abydos was built with an unique design; an upside-down "L". It was a necropolis for Egypt's earliest kings and later became a pilgrimage center for the worship of the god Osiris; the god of fertility and the embodiment of the resurrected king. The Temple of Seti I was constructed in white marble. The front is a square facade with 12 rectangular pillars adorned with decorations of Ramses II welcoming the gods. Commissioned by Pharaoh Seti I this exquisite artform includes its most impressive Hypostyle Hall with finely painted decorations covering walls. One will see halls, sanctuaries, entrances, doors; all ornately decorated with kings, gods and spiritual symbols. There are mysterious tunnels and hidden chambers where sacrifice rituals were held. Immerse in the sacred energy of the gods.

A number of pharaohs had tombs and were likely buried in the chambers along with provisions for the afterlife. Ceremonies where cults of the deified kings of Ancient Egypt were celebrated here. While exploring with Finbarr Ross on his Sacred Mystical Journey, admire the Abydos graffiti depicting Phoenician and Aramaic communications found on many temple walls. View The Abydos Kings List, also known as The Rosetta Stone of Egyptian archaeology. The Temple of Seti I contains 7 shrines, dedicated to Osiris, Isis, Horus, Amon, Ra, Ra-Horakhty and Ptah. As well as the shrine dedicated to Seti I himself as a deified king. More recently gardens have been planted in the atmosphere of the ancient temple gardens. 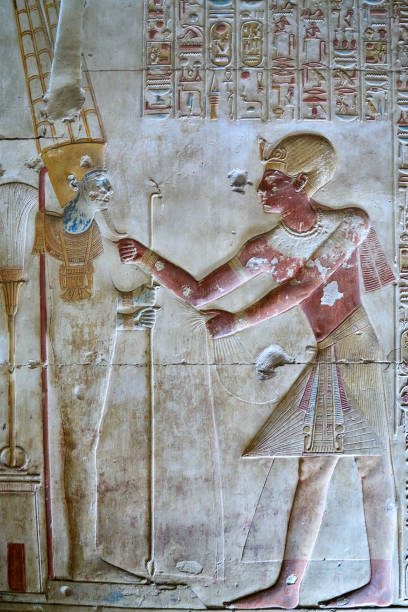