The Great Sphinx of Giza is one of the oldest and certainly the largest statues in the world. It is considered the most famous and fabulous example of Egyptian art. This colossal recumbent Great Sphinx of Giza was constructed from one monolithic block of stone; actually hewn from living rock. Taking many years to finish, it is attributed to the time period of the reign of King Khafre (4th King of the 4th Dynasty 2575-2465 BC). It is believed to be a portrait statue of the king. With the Nemes scarf about the Great Sphinx's head it is certainly representative of a King and is believed to have King Khafre's features. The mysteries of who built it, why, the religious and cultural significance surrounding The Great Sphinx continue to this day.

Finbarr Ross will hold a sacred ceremony between the Paws of the Sphinx in a Great Initiation. It has been believed for some time that the Great Sphinx carries a timeless message; The Sphinx's love for God allows for an inner victory over the lower forces in human nature, symbolizing the emergence of the 'sacred human' who rises toward 'the sun'-our higher ideals. What an exquisite place to hold such a sacred ceremony! The body of a lion and the head of a human depict a mythical creature; the metamorphosis link between man and the Gods. This iconic Sphinx is believed to represent Ra-Horakhty; The powerful Sun God, incarnation of royal power and the protector of the temples and sacred areas. Indeed, The Sacred Mystical Journeys with Finbarr allows the perfect spiritual way in which to attain a deeper connection to our higher selves. Ancient Egypt! A perfect place to experience Solar Worship and The Divine. 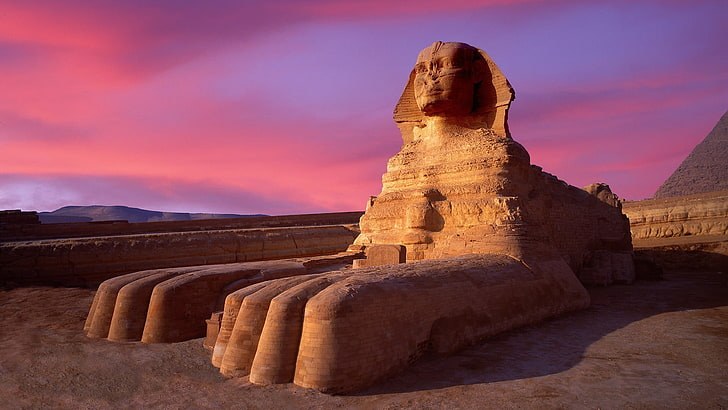