The Caves of Maresha, the Ancient Underground City

The Caves of Maresha, the Ancient Underground City 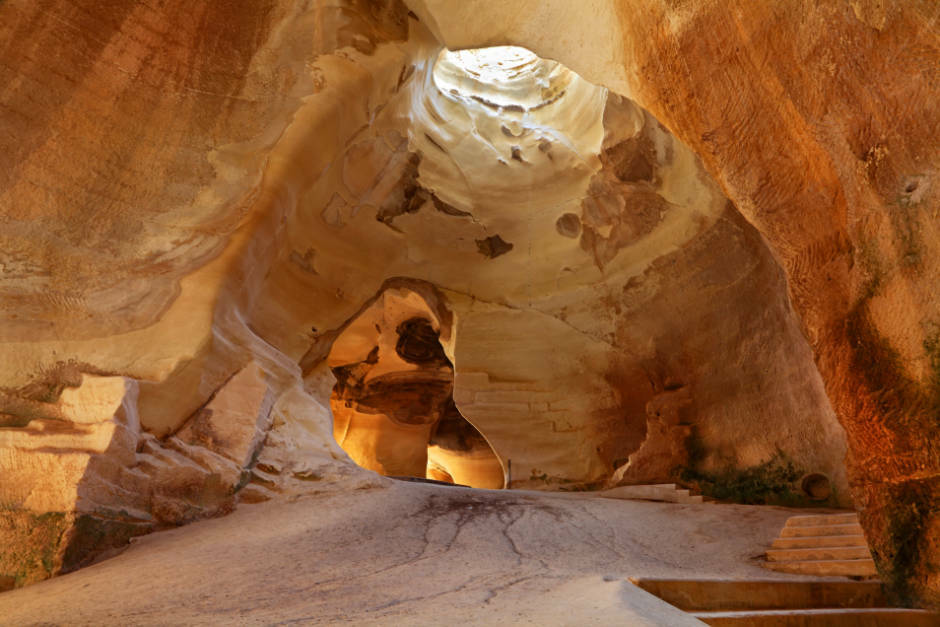 Tel Maresha is the archaeological mound of the biblical Iron Age city of Maresha, located in the foothills of the Judaean Mountains. The site is famous for its subterranean system of some 3,500 quarried caverns and caves, many of which are connected by an underground maze of passageways. These man-made caves served as cisterns, baths, stables, and even burial chambers. Some of the larger chambers feature supporting pillars and vaulted archways. Many of the ancient city’s olive presses, columbaria and water cisterns can still be seen.

Maresha was one of the cities of Judah mentioned among the conquests of the ancient Israelites during the time of Solomon’s Temple. Situated in a crossroads of two major trade routes, the site bears witness to the rich tapestry of cultures who left their mark on the region over more than 2,000 years, from the 8th century BCE to the time of the Crusades.

The city of Maresha began its downfall in the 2nd century BCE during the Maccabean Revolt against the Seleucid Empire when the city was used as a stronghold during combat. It was finally destroyed in 40 BCE as a casualty of the power struggle between Antigonus of the Hasmoneans, and Herod, a son of the converted Antipater the Idumaean who had the support of the Romans.

Archaeological excavations on the site began in the year 2002 and continued until 2014, with less than 10 percent of the caves being excavated. Bet Guvrin-Maresha National Park, a UNESCO World Heritage Site, now protects this archaeological treasure.

Maresha offers an opportunity to discover and experience one of the great secret and ancient mystical places of Israel, off the beaten path. Join me on this spiritual adventure as we quest Maresha, the underground city, and experience the timeless wonder of being a pilgrim, one more unique than the ordinary traveler.