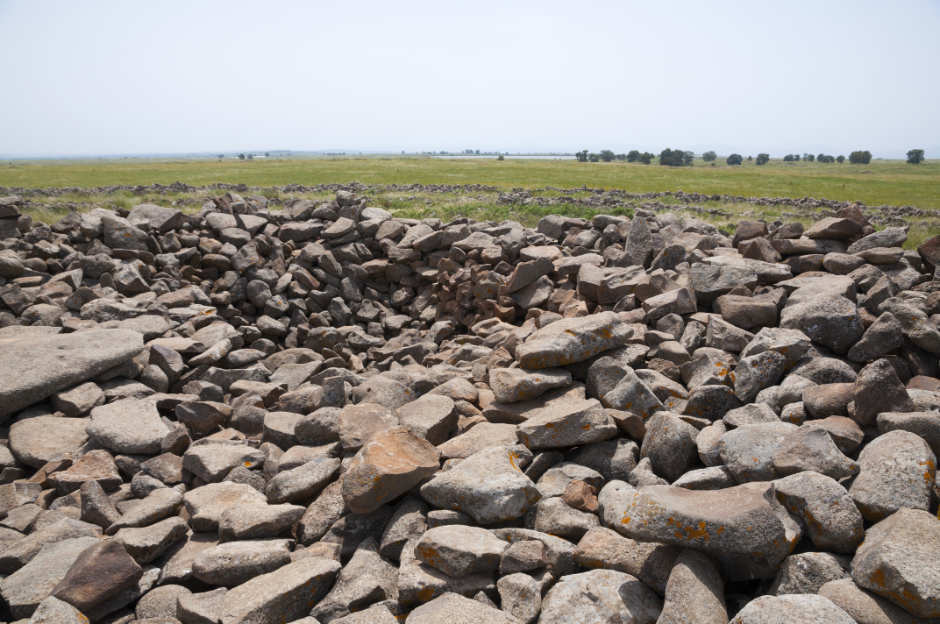 Israel contains a multitude of archaeological treasures and natural wonders, with its caves, ancient temples, megalithic remains, beautiful gardens, historical sites, and more. There are literally hundreds of sacred places waiting to be explored around every corner.

On our Sacred Tour of Israel, we’ll visit an enigmatic site that is off the beaten path – Rugum Hiri in the Golan Heights – the biggest and oldest stone circle in the world.

Rugum Hiri is a giant megalithic structure made of more than 42,000 basalt rocks arranged in concentric circles. It is known as the “wheel of spirits”, or Rujm el-Hiri in Arabic, meaning “stone heap of the wild cats.” This amazing megalithic structure is sometimes referred to as “the Stonehenge of Israel”. It is truly one of Israel’s most mysterious and intriguing places. Although it is considered a contemporary of England’s Stonehenge monument, it isn’t as well known, despite its massive eight-foot-tall stone walls and staggering size.

The site has astronomical significance; it is aligned to the two equinoxes, and at the time of the spring and fall equinoxes, the sun’s rays pass between two openings in the rocks. It is this reason that some people believe the purpose of the site was that of an astrological calendar, while others believe the site was used as a place of ritual observance. Other theories point to the structure being used as a burial mound, though no human remains have ever been found within, despite the discovery of a tomb located at the center of the wheel.

Explanations for one of Israel’s most unique and perplexing sites continue to elude researchers and archaeologists alike.

Join me as we explore the energies of Rugum Hiri, as we quest and explore sacred Israel. Our spiritual journey throughout Israel will deliver us to Rugum Hiri just before the Autumn Equinox, where we will celebrate this special day and open the 8th Inter-dimensional and Planetary Gateway for the ascension of humanity with a Golden Flame meditation at Mount Carmel.