Mysical Avalon ~ Island in the Mists

Mysical Avalon ~ Island in the Mists 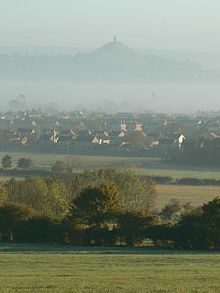 The name Avalon conjures images of a mystical land that lies between the mists, a place of legend.  Is Avalon a real place or just one of stories and fairy tales?

Avalon has been identified with Glastonbury, a village in the English countryside, not far from other mystical and sacred places such as Stonehenge, Avebury and the White Horse at Silbury Hill.  Glastonbury does, indeed have a special energy and ancient spiritual connections.

Glastonbury was named as the Place of Glass or Isle of Glass, given this name for its waters that reflected like mirrors.  It is also known as Avalon, meaning the place of apples.  The area is a rich farmland, filled with apples and much more.  To the druids the apple symbolized fruitfulness and fertility, and to some even immortality.

Glastonbury was a mystic and spiritual center for the Celts and the druids, also for the Essenes and early Christians.

It held an important place in the King Arthur legends as the sacred isle of the goddess, held by the Lady of the Lake.  It is said that King Arthur and Lady Guenivere were buried at Glastonbury Abby, and remains have been found there.  Yet this story, as so many of the mysteries, is shrouded in half truths and scandal.

Stories also tell of Jesus coming here with his uncle, Joseph of Arimathea, and studying with the druids.  Glastonbury Abby is an ancient center for learning and Glastonbury has many other special sites to visit.

The legends say that Jopeph of Arimathea came to Glastonbury and placed his staff in the ground at Wearyall Hill.  The staff rooted and grew into a Hawthorn tree.  This sacred thorn would bloom twice every year, once at Christmas and once at Easter.  It is the only thorn tree in the world to bloom like this, especially rare at Christmas.

Traditionally a branch of the tree would be cut and sent to the Queen each Christmas.  In 1965, the Queen of England had a wooden cross placed at Glastonbury with the following inscription: “The cross, the symbol of our faith, the gift of Queen Elizabeth II, marks a Christian sanctuary so ancient that only legend can record its origin.”

There are two sacred springs in Glastonbury, known for their healing properties.  The story also tells that after the death of Christ, Joseph of Arimathea brought the holy grail, containing drops of Christ’s blood.  He placed it in the well and the water turned to red.  There is also another spring which runs clear.  The prophesy states that when the red and white (clear) waters start flowing together, representing the masculine and the feminine, this will be the time of Divine Union.  Great miracles will occur in the world when this happens.  This has already begun to shift, and the red waters are almost running clear.

While the waters and the sacred well symbolize the feminine, the higher and majestic hill of Glastonbury Tor represents the masculine.  The Tor stands above the surrounding countryside, with views to all the lands below.  There is a chapel to St. Michael standing at the apex, some believe there was an ancient stone circle here.

The Tor is another powerful energy center, with a vortex at the top.   The Tor has been associated with the King of the Fairies and is said to be an entrance to the land of the fairies.

The stories and tales of Glastonbury and Avalon are more numerous than we can recount here.  It is a magical land filled with sacred symbology, mystical tales, spirits and fairies.   The mysteries of Avalon are waiting for you!