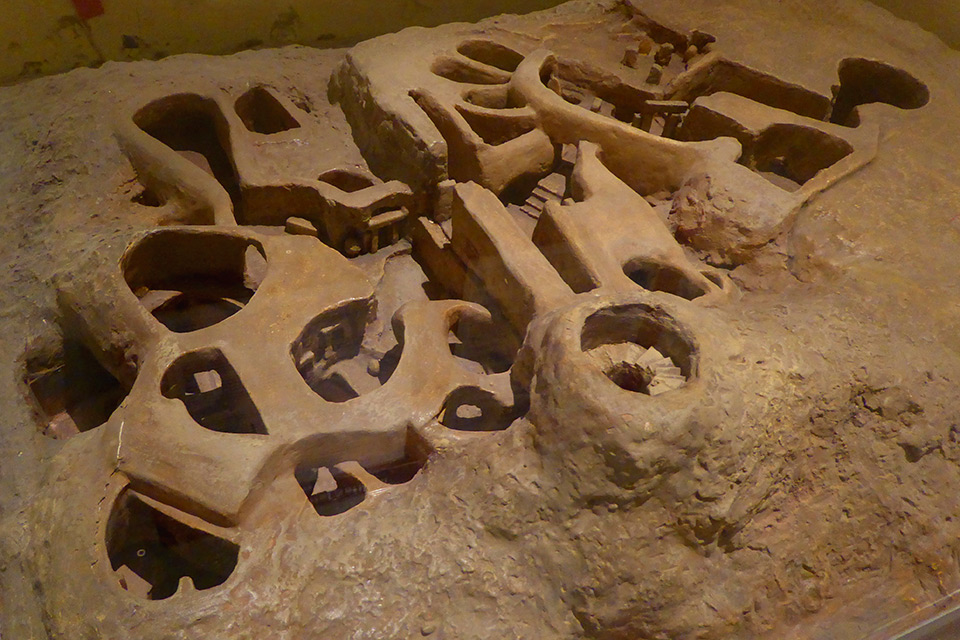 Malta’s Ħal Saflieni Hypogeum is a unique UNESCO World Heritage site dating back to an astonishing 4,000 BCE, making it over 6,000 years old. This ancient temple complex in Paola is an underground system comprised of interconnecting chambers that span three levels.

The Hypogeum is one of the amazing remaining structures from prehistory. The entire temple complex was carved out of the side of a hill by workers who descended over thirty feet below the surface. The chambers were made to resemble some of Malta’s other structures, and were carved into the soft limestone using primitive tools made from rock and the bones of animals. One of the Hypogeum’s most distinctive features is the red ochre paintings that adorn the walls; these are the oldest and only prehistoric paintings found on the islands of Malta.

The Hypogeum temple complex of Malta is one sacred site that remains shrouded in mystery. The Hypogeru (or underground cavity), carved from solid rock, is extremely unique. Three stories deep, it contains rock-cut features such as an ‘oracle chamber’, trilithons, lintelled-doorways, a large cistern and a ‘holy of holies’ surrounded by ’embryonic’ chambers. 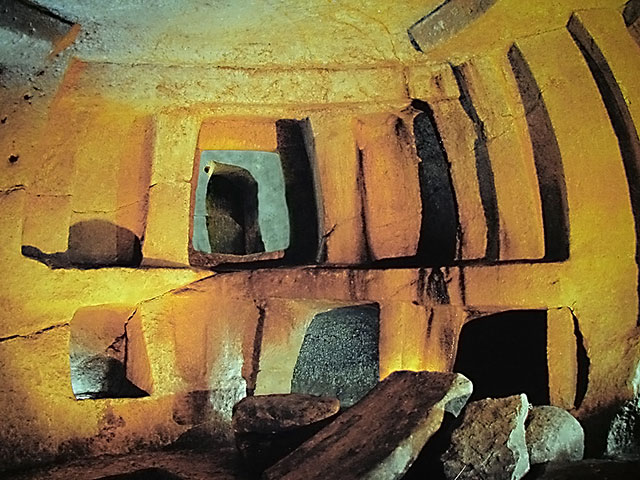 It is believed that this site was originally a sanctuary, possible for an oracle, that was later converted to a burial chamber. The incredible acoustic properties of the Oracle Chamber have been studied by many experts from around the globe who seek a deeper understanding of the acoustic phenomenon. It is said that a word spoken inside the Oracle Chamber is amplified a hundredfold and can be heard throughout the entire cavity structure. At certain pitches, one feels the vibration of sounds reverberating throughout their bones, much like standing inside a giant bell.

Excavations in the early 20th century produced a wealth of archaeological findings that give us a window into the prehistoric burial rituals that occurred there. Treasures such as stone carvings of animals, pendants, clay and stone figures, pottery and other artifacts help experts understand how our ancestors celebrated the deaths of their loved ones.

Precious archeological treasures aren’t the only thing that was discovered inside the chambers. Archaeologists also discovered the remains of over 7,000 bodies which continue to baffle scientists to this day. Among the skeletons discovered in the underground chambers were several elongated skulls whose origins were never determined due to their mysterious disappearance.

Although many of the secrets of this fascinating underground temple complex remain unknown, we can be certain that the Ħal Saflieni Hypogeum was an important sanctuary for the early Maltese. The Hypogeum remains a magnificent and mysterious structure that Malta has protected well. In this amazing place of beauty which holds so much ancient wisdom, be prepared for a transformational journey as your heart opens and you become consciously aware of this as we experience the energies of this ancient temple.