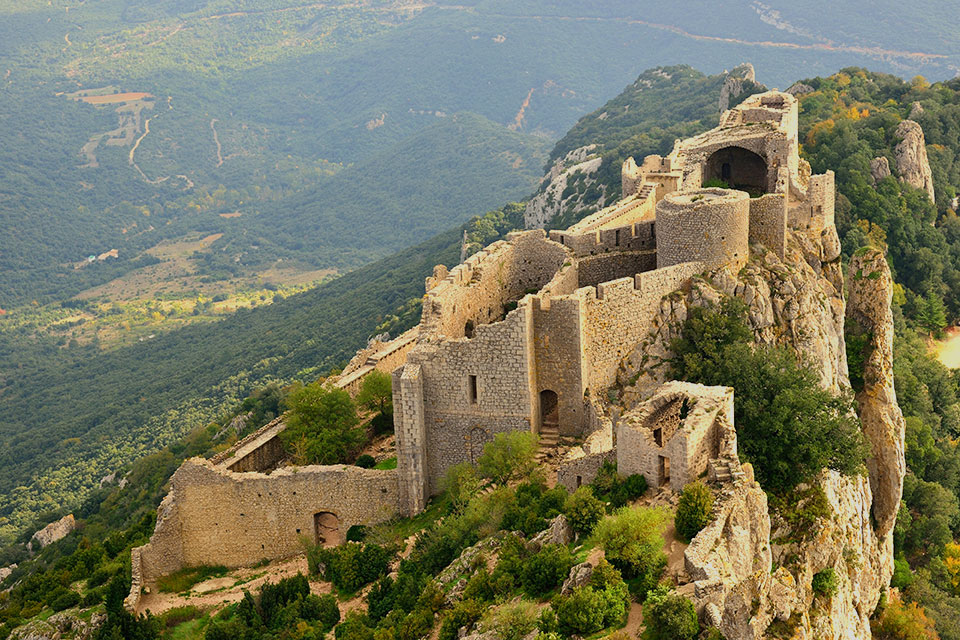 The Cathars were a dualistic religious group with mysterious origins who appeared in 11th century Europe, specifically, in the Languedoc region of France. The idea of two basic principals was central to their “heretical” beliefs: they believed in one god of Good, and one god of Evil. They also claimed to possess a secret Book of Love. These radical ideas were antithetical to the Catholic Church. The Cathars called themselves “Pure Ones”, and their beliefs and messages of love gained lots of momentum and popularity until the Inquisitions of the 14th century, when they were persecuted for their beliefs and executed by the masses.

On July 22, 1210, at the Feast of Mary Magdalene in Minverve, 140 Cathar “Parfaits” were burned for their beliefs.

At Montségur, the Cathar seminary and citadel of their last resistance, more Cathars were killed. In May, 1243, in order to appease the pope, the King of France instigated a ten-month blockage of Montségur. A 15-day truce was negotiated in march of 1244, at the end of which the Cathars had to choose to either renounce their faith or perish at the stake. 220 Cathars chose death on the pyre.

Before the last of the Cathars were burnt by the Inquisition of the Roman Catholic Church, they left this prophecy:  that the Church of Love would be proclaimed in 1986.

It has no fabric, only understanding.
It has no membership, save those who know they belong.
It has no rivals, because it is non-competitive.
It has no ambition, it seeks only to serve.
It knows no boundaries for nationalisms are unloving.
It is not of itself because it seeks to enrich all groups and religions.
It acknowledges all great Teachers of all the ages who have shown the Truth of Love.
Those who participate, practice the Truth of Love in all their beings.
There is no walk of life or nationality that is a barrier.  Those who are, know.
It seeks not to teach but to be and, by being, enrich.
It recognizes the whole planet as a Being of which we are a part.
It recognizes that the time has come for the supreme transmutation, the ultimate alchemical act of conscious change of the ego into a voluntary return to the whole.
It does not proclaim itself with a loud voice but in the subtle realms of loving.
It salutes all those in the past who have blazed the path but have paid the price.
It admits no hierarchy or structure, for no-one is greater than another.
Its members shall know each other by their deeds and being and by their eyes and by no other outward sign save the fraternal embrace.
Each one will dedicate their life to the silent loving of their neighbour and environment and the planet, while carrying out their task, however exalted or humble.
It recognizes the supremacy of the great idea which may only be accomplished if the human race practices the supremacy of Love.
It has no reward to offer either here or in the hereafter save that of the ineffable joy of being and loving.
Each shall seek to advance the cause of understanding, doing good by stealth and teaching only by example.
They shall heal their neighbour, their community and our Planet.
They shall know no fear and feel no shame and their witness shall prevail over all odds.
It has no secret, no arcanum, no initiation save that of true understanding of the power of Love and that, if we want it to be so, the world will change but only if we change ourselves first.
ALL THOSE WHO BELONG, BELONG; THEY BELONG TO THE CHURCH OF LOVE.

It is said that the Book of Love was taken by four young people to the monastery in Montserrat for safe-keeping.

On our France Sacred Sites and Ascension Tour, we will visit Montségur and pay homage to the Cathars as we connect with the powerful energies there. Montségur, a sacred mountain, is a place of inspiration, learning, balance and unity consciousness for the Cathars. To reach will Montségur, we will ascend for approx 45 minutes on foot; a crowning achievement for an unforgettable adventure. Though Montségur’s ascent might seem difficult, it is a pilgrimage worth attempting for those who are physically able. Montségur is the eternal symbol of Catharism and “The Church of Love”. 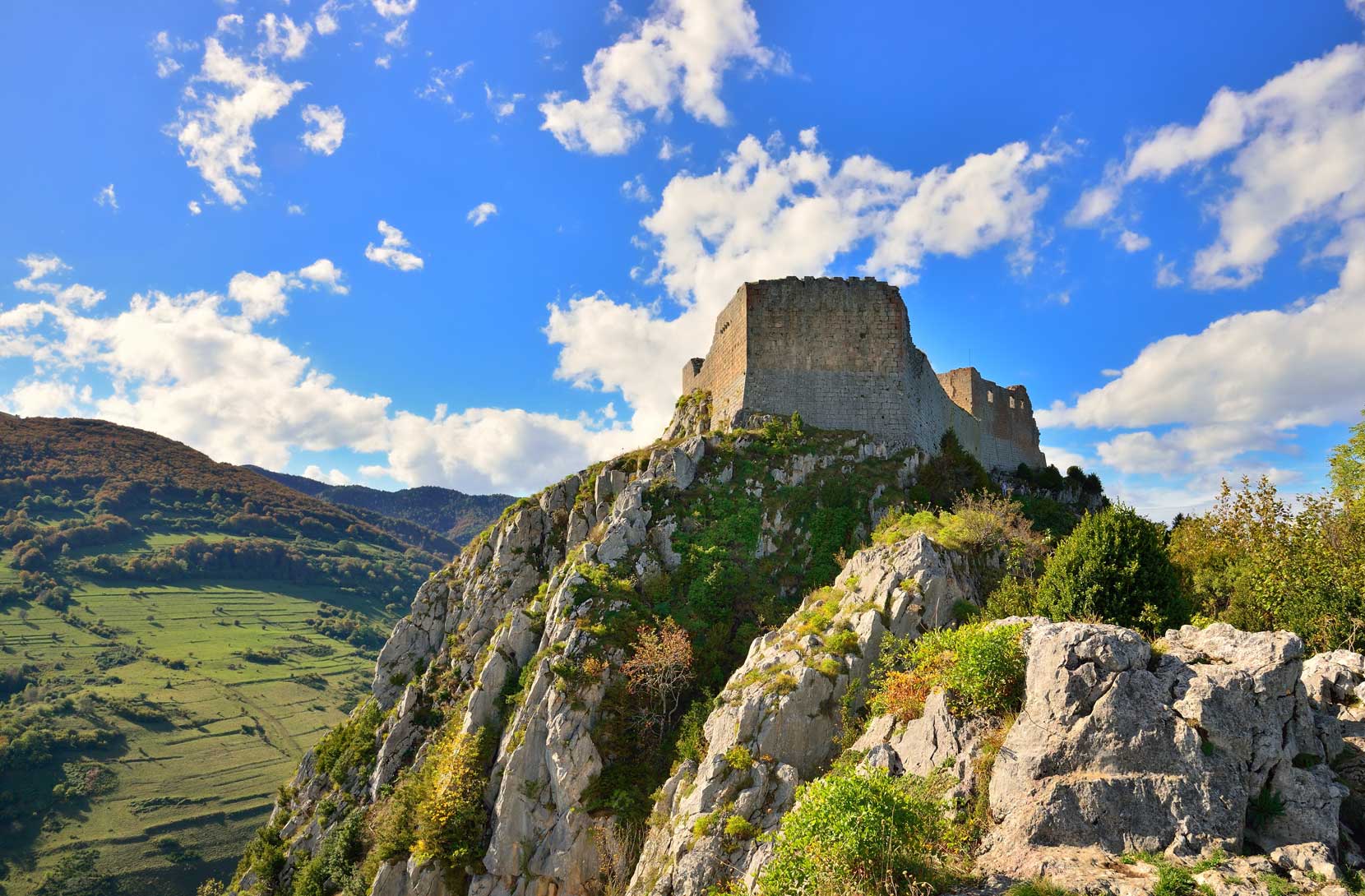 We invite you to join us on this spiritual, inspirational and transformational journey to France where we will experience this land steeped in mysticism.