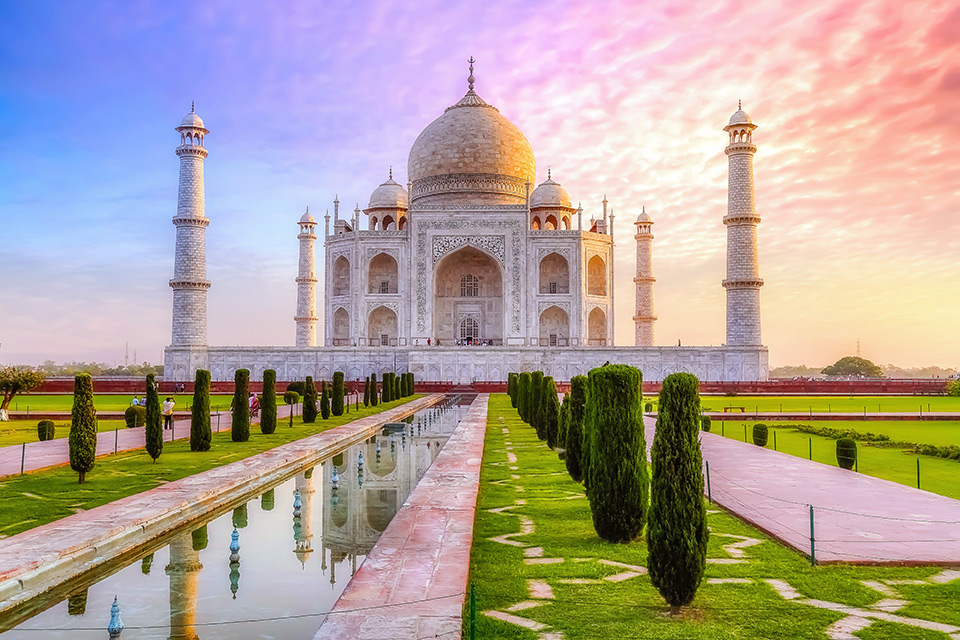 Just to the south of the walled city of Agra lies the mausoleum of Mumtaz Mahal, the third wife of emperor Shah Jahan, so beloved by him that his grief inspired the construction of one of the wonders of the world. This wonderful mausoleum was erected by Shah Jahan in memory of his beloved wife, the empress Arjumand Bano; later she was called as Mumtaj Mahal. It is literally one of the most beautiful buildings in the world. The Taj Mahal is widely recognized as “the jewel of Muslim art” in India and is one of the universally admired masterpieces of the world’s heritage. The very words “Taj Mahal” breathe of magic, devotion, and the force of love.

We will greet the Taj Mahal at sunrise, as the morning sun lights up the white marble and inlaid stones which make this “crown of palaces” the height of Mughal architecture: calligraphy-inscribed passages from the Qur’an throughout the complex, domes of marble reach up to the sky in perfect symmetry, inlays of jasper, black marble, and herringbone tile the floors with delicately and dizzingly complex decorations. 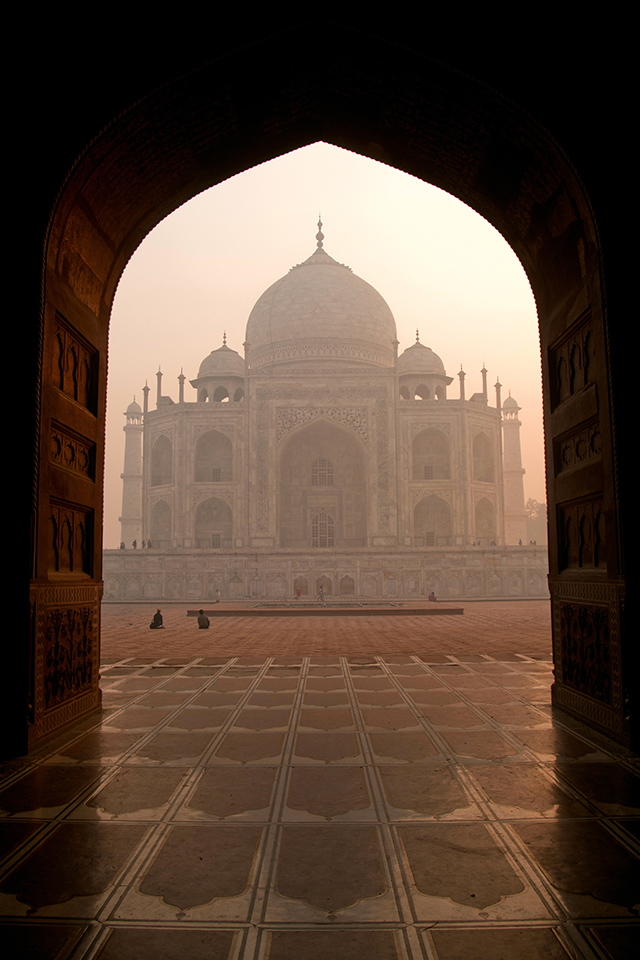 Shah Jahan himself said of the Taj:

“Should guilty seek asylum here,
Like one pardoned, he becomes free from sin.
Should a sinner make his way to this mansion,
All his past sins are to be washed away.
The sight of this mansion creates sorrowing sighs;
And the sun and the moon shed tears from their eyes.
In this world this edifice has been made;
To display thereby the creator’s glory.”

The beauty of the Taj Mahal stems from several factors: the charming site of the vital river bend on which it stands, the reflection of the building in the water sets off its unique charm, viewed from the garden in front, the white marble façade of the mausoleum stands out against the natural background of the skyline, it changes its color, moods and texture quite often and hence the new background, thus it has been described as “the lustrous pearl”.

Our visit to the Taj Mahal coincides with the festival of Holi (festival of colors), bringing us an opportunity to enjoy and play with the locals at this unique festival. It is a time when groups of people from all walks of life come together and celebrate.

This annual Hindu festival is celebrated in India and Nepal during the spring. It is often referred to as the “Festival of Colors” because of the traditional throwing of colored water, or powder, by its participants. It is often celebrated on the full moon (the Phalguna Purnima) before the beginning of the Vernal Equinox in the Hindu calendar.

Holi sees family, friends and strangers come together to dance, laugh and feast, celebrating the triumph of good over evil, love over hate, and the arrival of the spring harvest season. Most often associated with getting drenched in water and throwing colored powders or gulal at one another, Holi Festival actually consists of two parts: Holika Dahan and Rangwali Holi. While Rangwali Holi is the famous colour throwing extravaganza – simply a day of having cheer good fun – Holika Dahan is a Hindu mythology-inspired event that takes place on the eve of Holi when the moon is full. That night, waste wood is burned on large bonfires in a ritual symbolizing the burning of evil and the triumph of good. It is a time of great jubilation and joy. 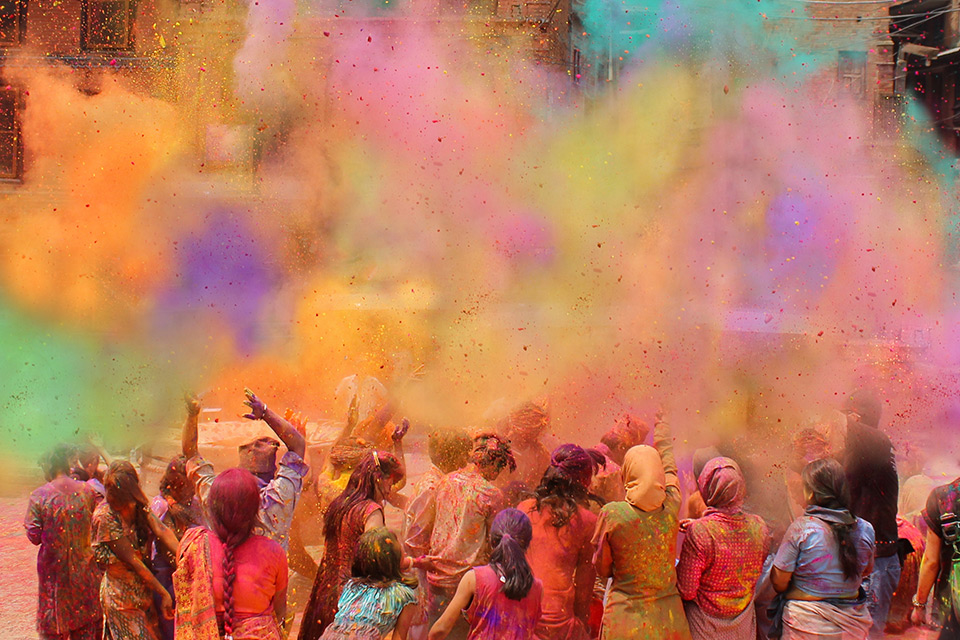 India has been a place of sacred pilgrimage for thousands of years. We invite you to join us on this spiritual journey to India; a one-of-a-kind pilgrimage to this holy land for a magical experience of sacredness.

This sacred spiritual journey to India is for you!
Feel the transformation and the shift in your life as you feed your soul.